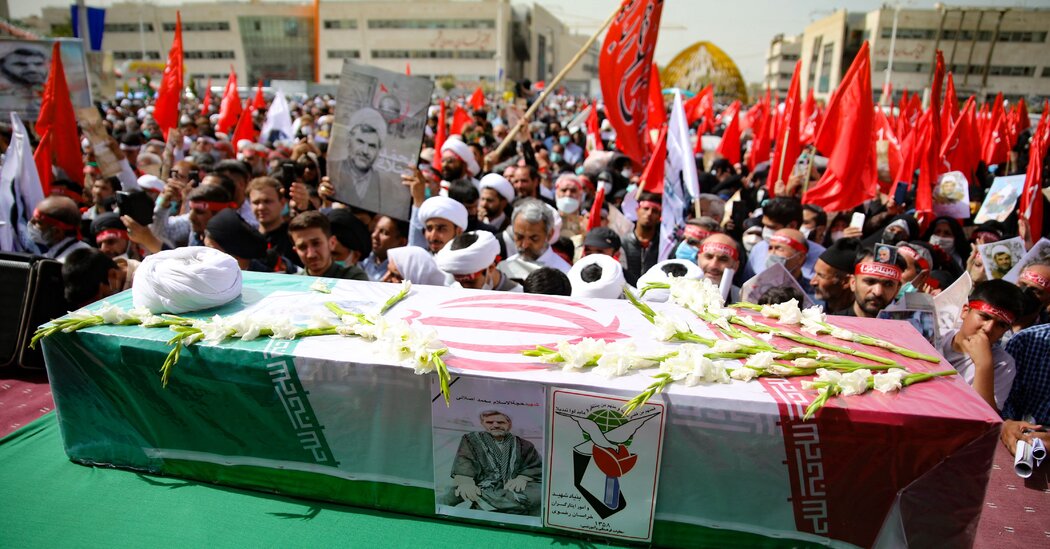 The Taliban, a Sunni Muslim militant group, is wary of Iran, a regional Shiite power that has previously backed Taliban opponents. Iran fears that Taliban-ruled Afghanistan could once again become a safe haven for terrorists targeting Shiites and Iranians.

Since last year, Iran has carefully pursued a policy of not recognizing the Taliban as a legitimate government but engaging in diplomatic relations, so as not to oppose it.

“As tensions between Iran and Afghanistan escalate, so does the plight of refugees in Iran because public opinion is negative towards them,” said Daoud Qayoumi, a former Afghan diplomat who has served in Iran.

Iran estimates that about five million Afghans now live in Iran. Most are two ethnic minority groups – the Hazaras, who are Shia Muslims, and the Tajik Afghans, who have close cultural ties to Iran. The threat of prosecution by the Taliban and the search for better economic opportunities have both crossed the border for decades.

The stabbing on April 6 shocked Iranians in part because terrorist attacks are extremely rare in the country and partly because the Imam Reza Temple, one of the holiest sites in Shia Islam, is considered a safe haven.

The attack took place in the first week of the holy month of Ramadan. One cleric died on the spot, another a few days later, and a third survived with serious injuries to his hands and body, according to Iranian media. The surviving pastor described the chaotic scene where the assailant stabbed him in the back and followed him as he tried to flee, according to reports.

Video of the attack, published in Iranian media, showed clerics fighting in the courtyard, bleeding, running to help them, and crowds of spectators grabbing the assailant, beating him and shouting at him before handing him over to security guards.

While the UK is providing homes to Ukrainians, the process is…